This is not a diagnosis of any celebrity in specific, pertaining to their marital problems. It’s not advice as to how they should handle their situations as well. But we have lately heard about tiger woods and his sixteen affairs, and how Jesse James has been treating Sandra Bullock. It creates queries whether one should give second chances to cheating spouses. Where should one draw the line?

Sexual activity is not the biggest problem with cheating. The problem lies with breaking the trust between two partners and the pain it causes that could be too much to overcome.

For some partners, they show a willingness to work things out together to save their marriage. It could involve a psychotherapist or a marriage counselor. There is no guarantee in doing this that things will get back to normal, but when the right approach is used, it can heal the wounds, eliminate the anger and introduce better communication. To some extent, it might re-introduce some of the lost trust. All in all, this depends on the commitment shown from both parties, their history and the presence of children.

On this route there exist obstacles, the anger and pain felt by the betrayed partner. The resistance to trust again the betrayer is another obstacle. Love by itself is never enough. Trust holds the relationship together. If the pledge of trust is broken, all bets are off. The sacred container of the relationship is violated and trust broken. Trust, once broken, has proven to be the hardest aspect of a relationship to restore. Then it goes ahead and affects intimacy. Emotional intimacy goes first, then sexual one follows. Communication begins to fail and protective walls develop. People drift apart. They become hostile towards one another and the atmosphere becomes toxic. The relationship beings to slowly die.

It’s definitely true that having marital affairs could be consequences of old relationship problems. Poor communication, lack of intimacy, ruptured feelings could lead to cheating traits. An affair could be an indication to both partners that their relationship is failing. Cheating is considered as an indirect cheating behavior, indicating a lack of satisfaction, frustration or bitterness with the behaviors of other partner or how they handle the relationship. If you address the problems faced in the relationship just after a betrayal, it can improve communications and make the couple even stronger. However, there will be a need to restore the trust that was initially broken. This process requires time, motivation, effort, and extreme commitment.

If the betrayer is a first time offender, chances of working out things are quite encouraging. For this to happen, the cheater must come clean with what took place, take full responsibility and even be ready to be for forgiveness. All pre-existing problems should also be addressed and resolved.

Couples could make use of therapists to improve their communication skills. The most difficulty, trust has to be rebuilt. It should never be just given back freely. It has to be made a privilege that has to be earned. The betrayed party should be the one in control and dictate what should be done to regain trust. The offender must be willing to play along. In the end, the offended party will reach a point where they overcome the pain and humiliation that was caused to consider forgiveness. Humans are never perfect. Everyone makes mistakes and we learn from them so that we don’t repeat them.

But again, what of the repeat offenders. Once is a mistake. Twice or more is now a routine or pattern. Why should you present a serial cheater with a second third or fourth chance? It’s up to the betrayed to decide. Some actually are too committed to their relationships that they overlook these acts of cheating.

Just as it is with domestic violence, victims could be blinded by the proclamation of love and dedication by the offender. They make think that the offenders have some kind of mental disorder, drug abuse or sexual addiction, and see these as excuses to the violent behavior. In cases of extreme conditions like bipolar disorder or substance abuse, it may make sense to stand by these people and support them as they overcome it, but remember commitment is two ways and both parties must express it.it is an existential choice. Every day one has to, make the choice. you decide not to cheat not because you don’t feel like doing so, but because you decide to honor the commitment you are into.

There exist major differences between infidelity in men and in women. This is both true and false. Both are betrayals and can totally damage the trust in a relationship. However, sexual intercourse has different mental and biological effects in women and men. Men are able to disengage emotions form casual sex with other women, while women get more emotionally attached.

Apart from gender, cheating is always betrayal and causes occurrences that could ruin even the strongest bonds ever.

If the betraying spouse develops pathological narcissism, it gets even worse. These traits are resistant to treatment. Narcissism makes it impossible to have true intimacy. Narcissists are always hungry for power and success, alongside idealized love. They develop a feeling of entitlement to have whatever they desire and feel smart enough to get away with acts like cheating. They don’t care about their partner’s feelings or needs. As for this addictive behavior, the narcissist fix is never enough. They are well-known repeat offenders and poor candidates for committed relationships.

The victims in these scenarios have a role to play. 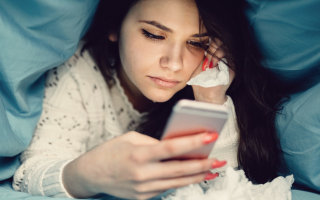 Finding Yourself Again After a Relationship Ends 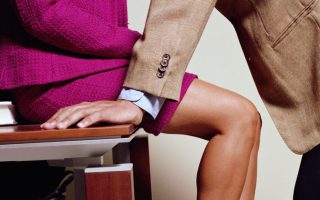 Consider the following things before starting an office romance

Talk to a Real Psychics

Get Answers To Pressing Questions From Top Psychic Readers, 100% Personal Reading Only!